I wish you a very happy Monday morning and a fantastic start into a new week.

Today I want to pause my series about model – musicians and present you a very special story. 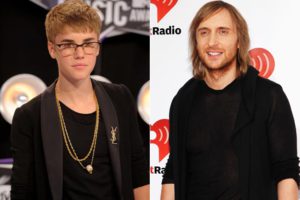 “2U” is the third collaborative single for Bieber in 2017 following “I’m the One” and “Despacito“, both of which topped the US Billboard Hot 100 and other national charts.

Guetta announced that there would be two music videos for the single; the Victoria Secret version and another version which he calls “not branded”. The first version features Victoria Secret’s models Sara Sampaio, Romee Strijd, Elsa Hosk, Jasmine Tookes, Stella Maxwell and Martha Hunt lip-syncing the song while on-set of a photo shoot for the lingerie brand. The second music video was released on 29 September 2017 on YouTube.

And here’s the official music video “2U”.

Here’ s the making of video of the choreography by Jojo Gomez & Donovan Okimura.

I wish you a beautiful Monday and come back tomorrow with another brand new story.