I wish you a happy Thursday morning!

Weekend’s coming closer and it’s time to have a look at the new albums released in this hot August and to select my 3 personal favorites.

Trophy Eyes released their new album “The American Dream” and reached this week the highest critic score of the reviewers. 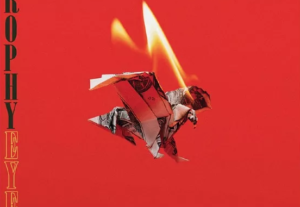 To end an evolving trilogy of releases, Australia’s Trophy Eyes have given us ‘The American Dream’, the group’s strongest offering yet – an album packed tightly with massive choruses, intertwining melodies, and snap shots of a band sonically growing before our eyes.

The group have taken cues from a range of artists, whether it’s the combination of The Gaslight Anthem and U2 in ‘Something Bigger Than This’, or channeling the spirit of letlive. in ‘You Can Count Of Me’. The group have taken on a capricious attitude to their influences, and eschewed them towards their own brand of punk anthems.

Here’s the song “Friday Forever” from this album.

Travis Scott’s third album is unarguably his strongest to date. His skill as a curator helps sculpt a sticky, humid, psychedelic world with dazzling production and odd pleasures at every turn. 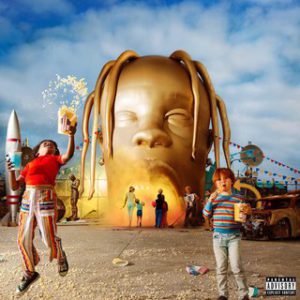 “Who put this shit together? I’m the glue” declares Travis Scott on Astroworld, and it’s hard to think of a more accurate summation of his aesthetic approach. The 26-year-old is an avatar for a generation of playlist-making curators who have positively embraced “creative” as a job title. He’s risen to mainstream rap prominence by way of pure tastemaking, exerting the au courant currency of borrowing exactly the right talent at exactly the right time since the hybrid hip-hop of his 2015 debut, Rodeo. Depending on a variety of factors—age, genre predilections, level of active investment in the myriad intersections between popular culture and social media—Scott’s artistic approach can come across as inspiring or infuriating, but it’s also proved undoubtedly successful.

Here’s “Stop Trying To Be God” The video was launched on YouTube on August 6th and reached already 5,5 Million video views until today. 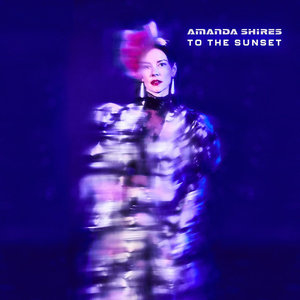 One of the highlights of Amanda Shires’ new album To the Sunset, “Break Out the Champagne” was inspired in part by an in-flight emergency on a plane. Shires turned potential death into a three-minute chunk of black humor, captured in the chorus: “Break out the champagne / Everybody look out below / Let’s get on with the shit show / Here goes a toast… adios!” The song swirls various personal calamities into a worldview. It would be easy enough to let an album cohere around a catchy sardonic vision, but Shires is no more willing to do that than she is to actually record an expected Americana album (as her work will likely be categorized). Instead, she puts together a complex vision of a complicated life, embedded in music drawing from various traditions into a single sound.

And here’ s the bonus track of today. Every morning after writing my blog from 3am to  4am CEST, I can see the sunrise through the window of my room and I send a “Thank You!” to the universe for the new day.