I wish you a happy Friday, weekend arrives!

I started to play guitar when I was 10 years old. and today I want to write about the guitar players that influenced me the most.

The first track that I tried to play on my electric guitar was “Who Knows” performed by guitar legend Jimi Hendrix. 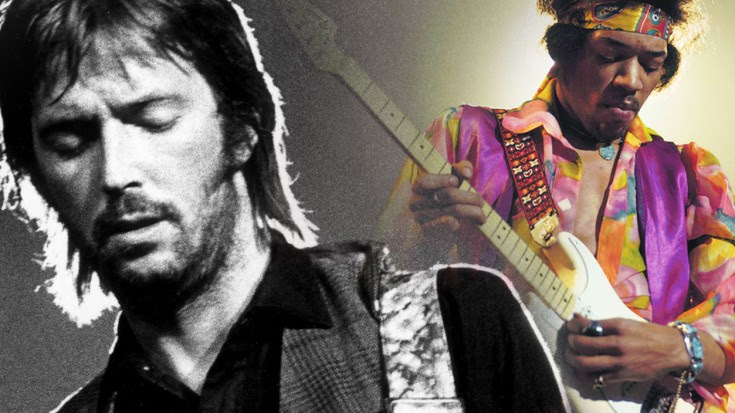 And here´s another of my favorite guitar heroes, Zakk Wylde, the longterm guitar player of rock legend Ozzy Osbourne.

Zakk Wylde (born Jeffrey Phillip Wielandt on January 14, 1967) is an American musician, singer, songwriter, multi-instrumentalist and occasional actor who is best known as the guitarist for Ozzy Osbourne, and founder of the heavy metal band Black Label Society. His signature bulls-eye design appears on many of his guitars and is widely recognized. He was the lead guitarist and vocalist in Pride & Glory, who released one self-titled album in 1994 before disbanding. As a solo artist he released Book of Shadows and Book of Shadows II.

In this video one of his best guitar solos with Osbourne.

And here´s my all time favorite guitar solo in a song of Zakk Wylde´s band “Black Label Society.

Thomas Richard Bolin (August 1, 1951 – December 4, 1976) was an American guitarist and songwriter who played with Zephyr (from 1969 to 1971), James Gang (from 1973 through 1974), and Deep Purple (from 1975 to 1976), in addition to maintaining a notable career as a solo artist and session musician. Much of his discography was either unreleased at the time of recording, or had gone out of print and was not released again until years after his death by drug overdose at age 25.

Here´s one of my favorite songs from his first solo album “Teaser”.

And here´s one of my all time favorite songs, from the time when Tommy Bolin played with James Gang.

I want to introduce a guitar legend that influenced me a lot with his unmistakeable guitar sound created with a !voice box” that I had to byuy immediatly to copy his sound.

John Watson Jr. (February 3, 1935 – May 17, 1996), known professionally as Johnny “Guitar” Watson, was an American blues, soul, and funk musician and singer-songwriter. A flamboyant showman and electric guitarist in the style of T-Bone Walker, Watson recorded throughout the 1950s and 1960s with some success. His creative reinvention in the 1970s with funk overtones, saw Watson have hits with “Ain’t That a Bitch”, “I Need It” and “Superman Lover”. His successful recording career spanned forty years, with his highest chart appearance being the 1977 song “A Real Mother For Ya”.

I want to finish my story for today wth guitar legend Mark Knopfler.

Mark Freuder Knopfler, OBE (born 12 August 1949) is a British singer-songwriter, guitarist, record producer and film score composer. He was the lead guitarist, lead singer and songwriter for the rock band Dire Straits, which he co-founded with his younger brother, David Knopfler, in 1977. He was born in Glasgow but raised near Newcastle upon Tyne, England.
Since Dire Straits disbanded in 1995, Knopfler has recorded and produced eight solo albums and, as with his previous band, produced many hit songs.He has composed and produced film scores for nine films, including Local Hero (1983), Cal (1984), The Princess Bride (1987), Wag the Dog (1997) and Altamira (2016).
In addition to his work with Dire Straits, Knopfler has, as a solo artist, recorded and performed with many prominent musicians, including B.B. King, Chet Atkins, Chris Botti, John Anderson, the Chieftains, Eric Clapton, Bob Dylan, Elton John, Bryan Ferry, George Jones, Emmylou Harris, Jools Holland, Sonny Landreth, Phil Lynott, Donal Lunny, Van Morrison, Steely Dan, Sting, and James Taylor, sometimes working as a session musician. He has produced albums for Tina Turner, Bob Dylan, and Randy Newman.
Knopfler is a fingerstyle guitarist and was ranked 27th on Rolling Stone‘s list of 100 Greatest Guitarists of All Time. Knopfler and Dire Straits have sold in excess of 120 million records to date A four-time Grammy Award winner, Knopfler is the recipient of the Edison Award, the Steiger Award and the Ivor Novello Award, as well as holding three honorary doctorate degrees in music from universities in the United Kingdom. Knopfler was inducted into the Rock and Roll Hall of Fame as a member of Dire Straits in 2018.

I wish you a beautiful Friday and will come back tomorrow with a new story, this time about the Austrian record label DUM DUM RECORDS.