I wish you a beautiful Friday morning!

Today I want to talk about the very rare guitar heroines who could top their male colleagues and I want to start my story with a very young girl from Australia.

When Michael Jackson planned his last tour he made a big casting to find the best guitarist and his choice was Orianthi. The tour never happened but Orianthi didn´t stop to make some noice in the music scene.

Here´s a song of her, please listen to the incredible guitar solo at the very end of the track.

And whem I heard first time the guitar solo in the middle of this song, I put my guitar in the darkest corner pf my flat to never touch it again.

Here´s one of the latest videos of Orianthi. Things´re getting more heavy.

Orianthi playing a song of Jimi Hendirx live on a big stage.

And here with one of the fastest – Joe Satriani.

In this short interview Orianthi´s telling us how she could win Michel Jackson´s casting.

And now I want to show you the mother of all guitar heroines:
The unmistakable double neck guitar of Lita Ford, in this song performing with rock legend Ozzy Osburne.

In the next video you can hear one of my favorite guitar solos of Lita Ford.

I want to finish my story with a little bit of SM, a song performed by the girls rock band “Vixen”. 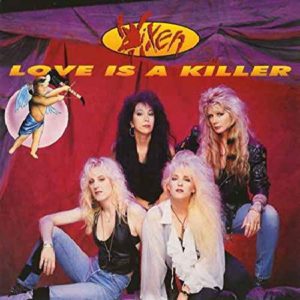 I wish you a beautiful Friday!